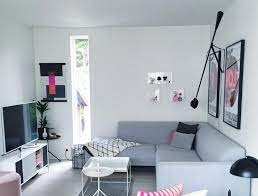 Minimalism is a design or style that has the simplest and fewest elements to create maximum impact. The simple concept appears in several cultures, especially the traditional Japanese culture of Zen philosophy. The Japanese embodied Zen culture into aesthetic and design elements for building architecture. This idea began to influence western society, especially in America in the mid-18th century. In the 19th century, this minimalist concept began to become an inspiration in the field of architecture called minimalist architecture. Today the term minimalism is also used to describe trends in design and architecture. Minimalism in design and architecture is to reduce elements that are not essential.

Limited land and the high price of land are one of the problems in building a residential house, so that the right solution is needed in utilizing a small building space or area. In the current era, this is one of the reasons for the emergence of a minimalist interior concept. So that the minimalist interior has characteristics such as simple shapes, utilizing basic elements such as lines and geometric shapes as outlines, building components and interior elements created as multifunctional elements (as visual and functional elements). The building structure used in a minimalist style applies very elegant decorations but has a high quality and is simple. The minimalist style aesthetic is supported by the play of light and geometric shapes that are processed through the structure of the building and its interior elements. The use of interior materials is also dominated by patterns of natural materials such as various stones and types of wood. Details on each design element are made subtly, both in the use of colors, materials, and textures. Here are some examples of minimalist interiors.

The type of space needed in a residence needs to be planned from the start because this is the most important thing. The need for the type of space in the residence depends on the type of activity that will be carried out in the residence. There are several kinds of spaces that are usually available and often used in Indonesian homes, each of which has a specific function. The rooms are the living room, family room, dining room, kitchen room, bedroom, and bathroom.

Architectural aspects can be understood through two words, namely function and form. To fulfill its function, a building must provide an appropriate shelter or work that is pleasant and efficient for its occupants. While the shape, refers to the entire visible part, both the outside and the inside.

Concentration in building architecture is the forms of floors, walls, and ceilings that limit space, window and door openings, and contours of building forms. So that it is important to pay attention to the architectural aspects in a residential house are the floors, walls, ceilings, including window openings, doors, and room ventilation.

Light is an important factor to liven up the interior atmosphere. Because light will reveal shapes, colors, and textures, it also reveals the interior itself. The function of lighting in the interior is to illuminate the wake and space of an interior environment and to support the residents of the house to carry out activities quickly, safely, and comfortably.

Artificial light is lighting that comes from man-made light, namely light rays. The use of light through lamp rays has two functions, namely as a light source for daily activities and for interior decoration. Good artificial lighting is lighting that does not cause fatigue to the eyes, does not waste a lot of light but is according to the needs of each room, and is in accordance with the atmosphere. want to be created.

According to the type, artificial lighting is divided into two, namely direct and indirect lighting. Direct lighting is lighting with all direct rays radiating from the center towards the object being illuminated, for example, the use of spotlights for interior decoration, table lamps, and floor lamps. Indirect lighting, when the lighting source is hidden from the eye so that the light we feel is the result of its reflection, this system is useful for directing an object.